Sometimes referred to as the “Manshower” or the “Dad-chelor,” the male version of the baby shower has, in recent years, become a thing. (Really.)

In some ways, the all-male version of the baby party resembles its female counterpart: Manshowers involve a group of (usually) friends. There is food and drinks, and plenty of congratulations.

What you won’t find? Men sitting in a circle ogling duckie-printed onesies or rubbing oh-so-soft swaddling blankets on their cheeks. One has only to search for “manshower” on Pinterest to spot the differences: Boards feature cake and party ideas for themes like “Huggies and Chuggies” and “Poker and Pampers.” The Today Show even produced a segment about one particularly boozy manshower featuring sports challenges using a ball made out of diapers, beer-in-a-baby-bottle drinking races, and (naturally) a big screen TV.

You get the idea.

Let’s be clear: We aren’t advocating a beer-fueled bash to celebrate a baby’s arrival. But there is a lot to love about the idea of men wanting to support their male friends on the journey into parenthood. According to Boston College’s 2017 study, “The New Dad: The Career-Caregiving Conflict,” 66 percent of today’s dads believe household tasks and caregiving should be split 50/50. Dads, in other words, are embracing parenthood like never before! (However, in heterosexual couples, only 29 percent admit to actually getting to that 50/50 split. Yes, Mom still does a lot more, *sigh.*)

Still, taking time to celebrate a friend during a major life transition is a great idea—no matter the gender. Plus, whether or not they’ll admit to wanting a manshower, dads-to-be across the country are discovering that their guy pals actually want to offer support and friendship before the baby arrives. And support, especially from the already-dad friends who know all too well that their buddy’s life is about to be completely turned upside down, is needed and wanted.

“Having a baby can be, honestly, pretty scary for guys,” offers skateboarder (and dad) Philip Stern. “You need your friends more than you realize to help you get through it. Especially because your partner is pretty busy figuring it all out, too.”

So what can men do for the dad-to-be in their lives? We’ve got a few ideas!

Everyone Belongs In Our Circle

At KinderCare, we’re committed to building warm, welcoming and supportive classrooms for children of all abilities, backgrounds and experiences.

Find a center near you

Guys don’t need a lot. In fact, they like to tout their simplicity—so keep it basic. Got a group of friends that frequently meets for Frisbee golf, Saturday afternoon hoops, or a skateboarding session? Take an evening or an afternoon to meet up for the usual, but make it all about your dad-to-be pal. Or, if you don’t have a baked-in activity, just hang out…but bring gifts! Whether you know it or not, he’s going to need stuff to get through the first couple of weeks (or months). Pinterest is filled with “Daddy Survival Kit” ideas that include aspirin and energy drinks amongst snacks, like this one.

Don Hudson, owner and now executive director of a Portland, Oregon-based, dad-centric store-turned-non-profit called Seahorses, suggests that we need to start seeing dads as baby-product consumers. (His store catered to dads with items like strollers and diaper bags.) He recommends asking your dad pal if there’s a diaper bag or backpack he might prefer to carry—Orla Kiely bags likely won’t be his jam. Speaking of carrying, there are baby carrier companies out there like Onya and Mountain Buggy that consider a man’s physique in their carrier designs.

Throwing in a few ridiculous and hilarious competitive games at your dad party can actually be pretty fun(ny). Hudson, who also plays master of ceremonies at Northwest Babyfest’s Dad Shower event, likes to put dads in real-life scenario competitions, such as “Who Can Do the Dishes the Fastest?” and “Who Can Make a Toddler Lunch Quicker?”

“The toddler lunch is one my favorite games,” quips Hudson, “because the participants have to do things like cut grapes lengthwise, not in halves, the way a toddler would be really particular about his grapes. It’s hilarious.”

There are also some “classics” out there, like the ever-popular baby-bottle chug. You can probably guess how it goes: Buy some baby bottles and fill them with a beverage of your choice—whoever can suck it out of that tiny hole in the bottle top first wins. And yes, you can keep it non-alcoholic. J

Middle-of-the-night diaper changing is a real skill, and it’s harder than it seems! For this one, you’ll need some baby dolls, stuffed animals, and old-fashioned diapers: cloth, plus pins. It might help to look up a diaper-changing video on YouTube and show it to your guests first. Or not…which would just make the game even sillier. Then comes the fun part: Blindfold the blokes and see who can change a nappy the fastest.

5. Have a stroller race!

The stroller relay race works well for those with larger backyards. For this one you’ll need two strollers, two baby dolls, and everyday backyard items (hose, ladder, chair, shovel—whatever you have on hand) to set up an obstacle course. Guests run the obstacle course two at-a-time, and whoever completes it first wins…as long as he doesn’t spill the baby, crash the stroller, etc.

Say yes to the guys’ weekender! Rent a cabin or have a sleepover at a bachelor buddy’s pad. Simply getting together to hang out can offer him some much-needed respite before his coveted free time turns into the newborn reality of sleepless nights. Depending on the timing of baby’s arrival, you could head to the mountains for snowboarding or rent a boat on a lake. Combine this idea with first one on our list, and you’ve got the makings of a stellar dad shower.

A Lifetime Of Confidence Starts Here

Our teachers help every child build the confidence they need to try new things and explore the world around them.

Search for a center near you

Dads are usually all-in once the baby arrives. That’s when the reality of their changed life—and the love they feel for their new baby—has really had a chance to sink in. So take a night after the baby’s arrival to meet up with some friends and toast the new dad!

When all is said and done, a manshower is a fun way to show him some support in a time of need. And who doesn’t want to do that for a friend? But if an all-guy get-together to celebrate a new baby just isn’t your cup of tea, there’s always the co-ed shower. A less frilly version of the classic baby shower, the co-ed option celebrates both of the parents-to-be (assuming it’s a traditional one mommy, one daddy relationship) with its own form of laughter and good times.

How Do You Choose a Caregiver (When It Can't Be You)? 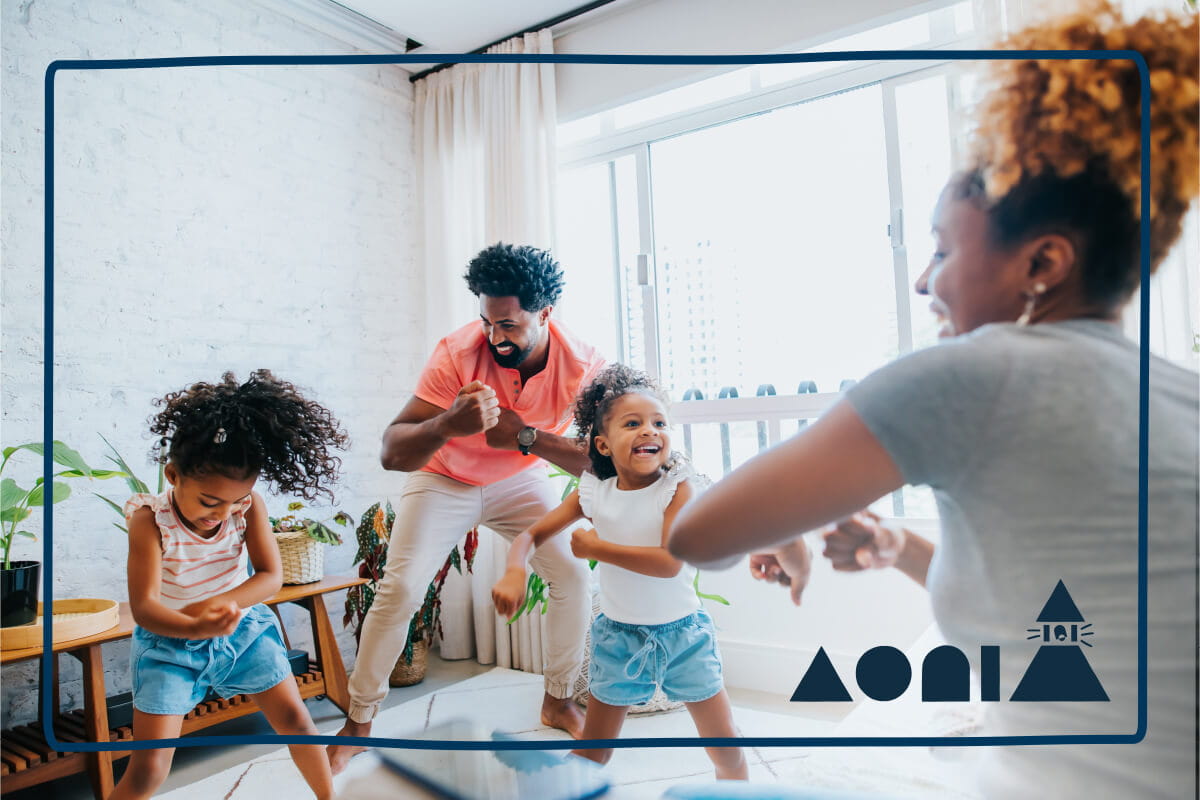 Pandemic Parenting: How to Find the Silver Lining

How Do You Choose a Caregiver (When It Can't Be You)?

Pandemic Parenting: How to Find the Silver Lining

We give babies cuddles, smiles, coos, and brain-builders, too!

Learn how KinderCare gives infants the nurturing they need!