Road Trip! It Was the Family Van of My Dreams... Well, sort of. 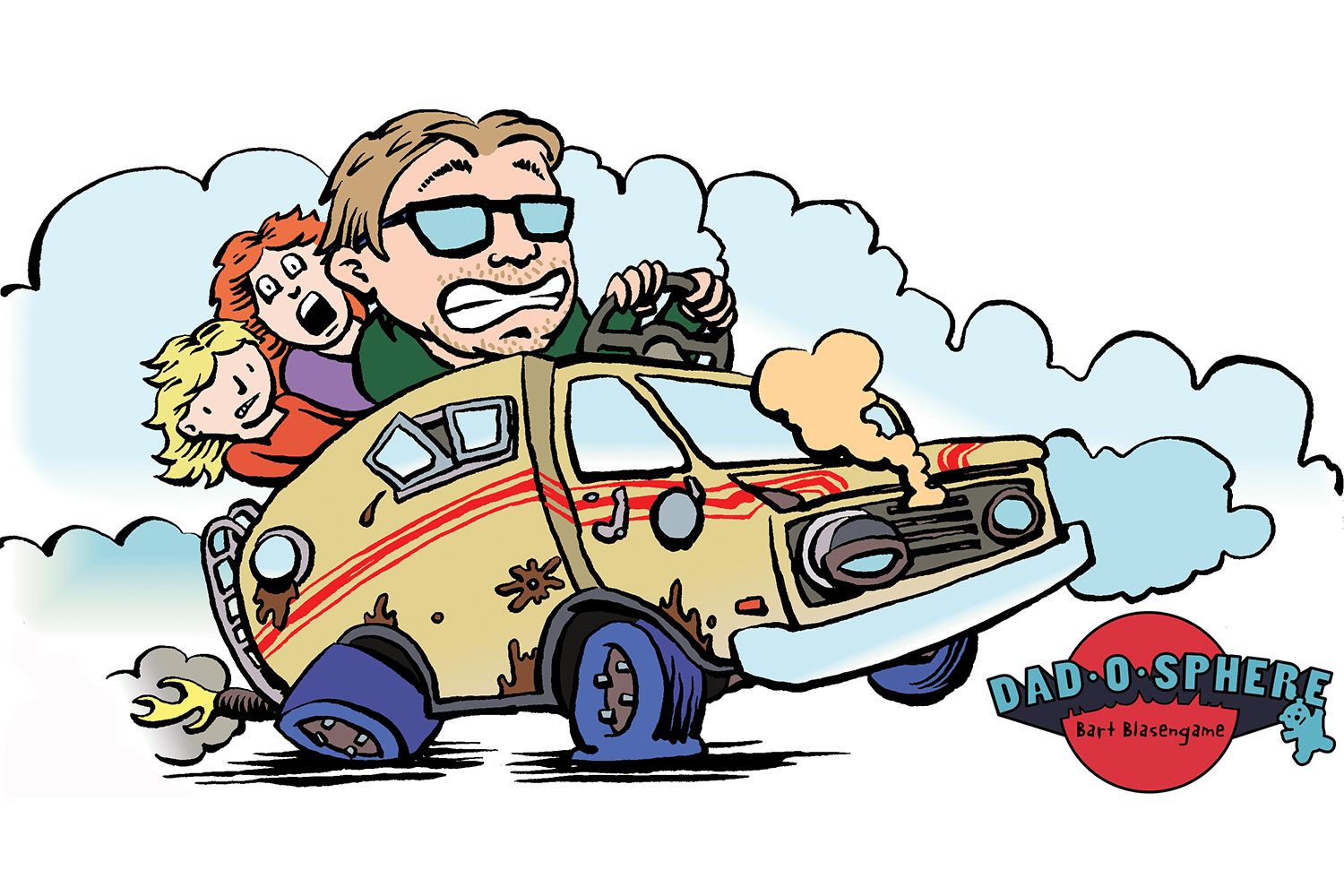 It started out as one of my typically bad ideas. An acquaintance of mine who refinished vintage travel vans posted a photo of a magnificent 1978 Dodge TransVan to his Instagram feed and I just couldn’t shake it. The thing was perfectly hideous. Tan the shade of a dirty dishrag, with red and brown racing strips, bubble windows, fold-down beds, a tiny kitchenette, and shag carpeting on the floors and ceiling.

I was in love.

I fawned, nearly fainted, and then forwarded the photo to my wife in a knee-jerk of wishful thinking: “Are we looking at the future of Blasengame family vacations?” When my dream was not immediately shot down with a disapproving emoticon, I worried that my wife might be sick. When she responded with, “You’re actually not crazy (this time), I LOVE it!”, I knew that—like me—she might have lost her dang mind.

In my fatherly dreams, I saw the three of us traveled the highways and byways in a glistening silver Airstream. I am a veteran of many cross-country treks, and I want Little E to see it all. Oceans and mountains and prehistoric trees and deserts and rainforests.

$2,500 later, what I bought was a vehicle that could barely handle the speed limit.

On my first initial deep clean I came across a pair of homemade tattoo needles hiding in the shag. When it rained, water came from every direction. It was missing a driver’s side keyhole, and you could start it with a screwdriver. But carpets can be cleaned, leaks can be patched, and the rest can be ignored. Character, we called it. Besides, Little E didn’t seem to mind. While I cleaned and plugged holes, she manned the steering wheel and charted courses for planets full of dinosaurs and winged fairies. Within a week she’d dubbed it “Little E’s Van.”

With warmth beginning to drain from the fall and us still unable to get the heat working, we decided to set out on one initial adventure before the van became a shaggy ice box for the winter. We got a AAA membership (just in case!) and plotted a course for the tiny Oregon seaside nub of Neskowin, where the shoreline looks so disarmingly prehistoric you half expect to see a pterodactyl flying overhead.

We must’ve looked like displaced Eskimos to the cars racing past us. It wasn’t particularly cold outside, but we were moving at 55 miles per hour in a metal brick pock-marked with tiny holes, and inside the van, the temperature dipped to near freezing. My wife covered herself and Little E in blankets and cuddled up with disposable heating packs. Behind the wheel, I wore a winter cap and four layers of clothing. By the time we hit the Willamette Valley I’d lost feeling in my fingertips. The cab filled with the steamy exhaust of our conversation and the sound of chattering teeth.

The van itself began to suffer, too. The strips of sealant around the side windows started blowing off and flailing in the wind like rubbery streamers. The dash lights dimmed so low they were basically useless. And at one point the van would only agree to start when in neutral.

But you know what? We made it. Eventually we regained feeling in our extremities. Our battered little Millenium Falcon full of quirks and rust and water got us to the beach. Little E got to chase crabs in the waves of the Pacific and fly a kite, and we filled our phones with wonderful photos of sunsets and campfires.

It was a real live family adventure. The kind I’d been dreaming about…and we’ve got an ugly little van—Little E’s van—to thank for it.