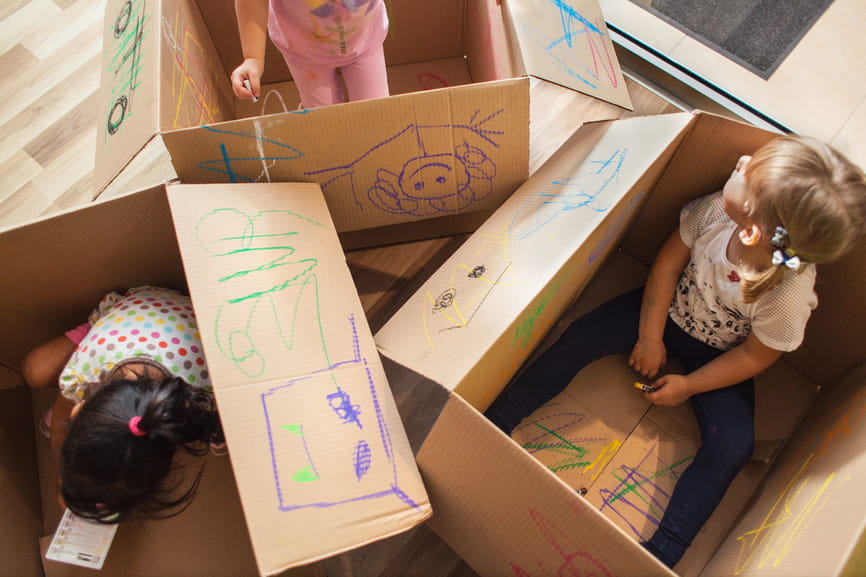 Is there any better toy for a child than a giant cardboard box? Chances are that merely placing that box you just got from Amazon or Diapers.com on the floor will make their imaginations soar.

Pretend play, or open-ended play as it’s sometimes called, is super fun for kids for a super great reason: It lets them be in charge of what happens. And that can be a real plus when you’re a little and the grown-ups are in charge most of the time. Open-ended play toys (things like cardboard boxes) also build creative and critical-thinking skills, and teach kids that it’s A-okay to make mistakes and take chances, because when the play is open-ended, there’s no right way to do it!

So let them climb inside, read Not a Box together, or get crafty with one of these eight easy ideas:

Rip or cut off the long flaps on one side and use them as oars. Cut a wide strip from another flap and attach a piece of paper for a sail. Kids can decorate the sides with watercolors, aquatic-themed stickers, and blue glitter. Encourage them to find other household objects to create an “inside beach”: a blue blanket for the ocean, stuffed sharks and turtles, bathing suits and floaties, etc.

Turn the box so it stands tall, cut a door and/or window, and then use the flaps or pieces of cardboard from other boxes to make a pointed tip and wings. Use colorful duct tape to assemble the pieces and decorate with construction-paper stars, moons, and torn strips that look like flames (you could also use ribbons or feathers) for the bottom. Give your child a smaller box to turn into a space helmet.

Help your child draw windows, a chimney, and flowers on their box, and then cut a door. They can go in and out themselves, or leave the top open and turn it into a home for dolls or Lego people.

Cut a door in the front of the box for the oven. Have your child trace circles on the top to serve as burners. Attach one of the flaps to the top of the back and have your child glue or tape on buttons, bottle caps, or other circular objects that can serve as temperature dials.

Tape the flaps shut, cut arm and neck holes, and let your kiddo have at it with the decorations. A smaller box makes a great robot head—use pipe cleaners for antennae.

Encourage your child to fill the box with an array of cozy pillows and blankets for a stuffed animal that needs a nap. Your cat or dog may also be keen on a cozy new place to rest their heads and tails. Take it a step further by providing a stethoscope and Band-Aids so your little one can pretend to be a vet!

Turn the box so it stands tall and cut a large square in the upper half. Your kids can climb inside to put on the show.

Cut a slot in the side and then encourage your child to “write” letters for friends, family, or favorite toys and mail them—most little ones are enthralled by stuffing envelopes.

We’re big fans of anything in which little ones get hands-on.

What cool things have you and your child done with a basic cardboard box? 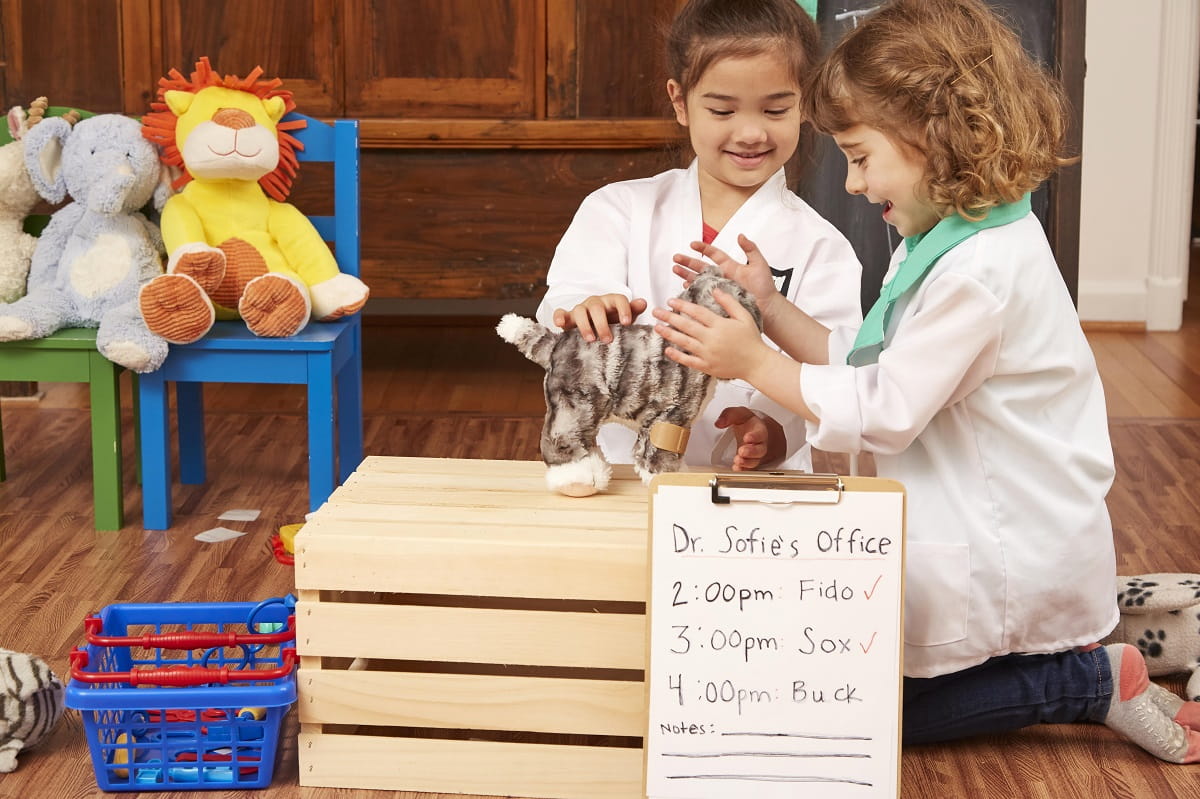 Kitty's All Better! Playing Veterinarian Is the Cat’s Meow. 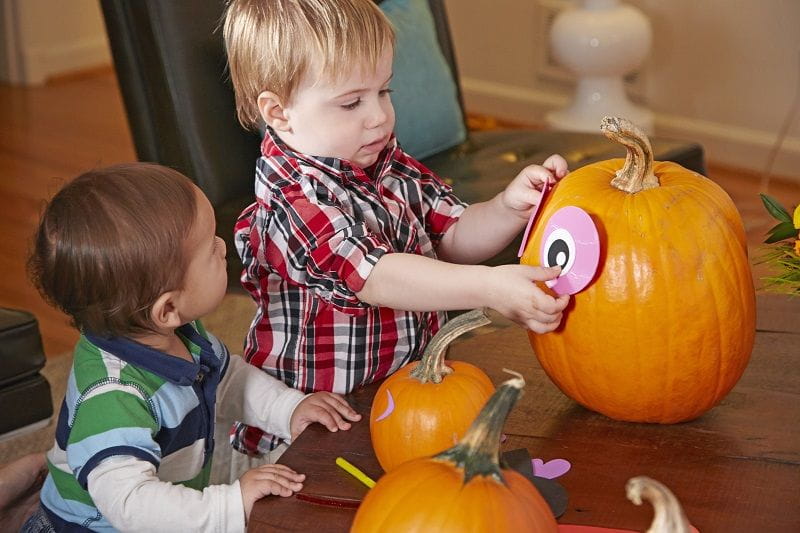 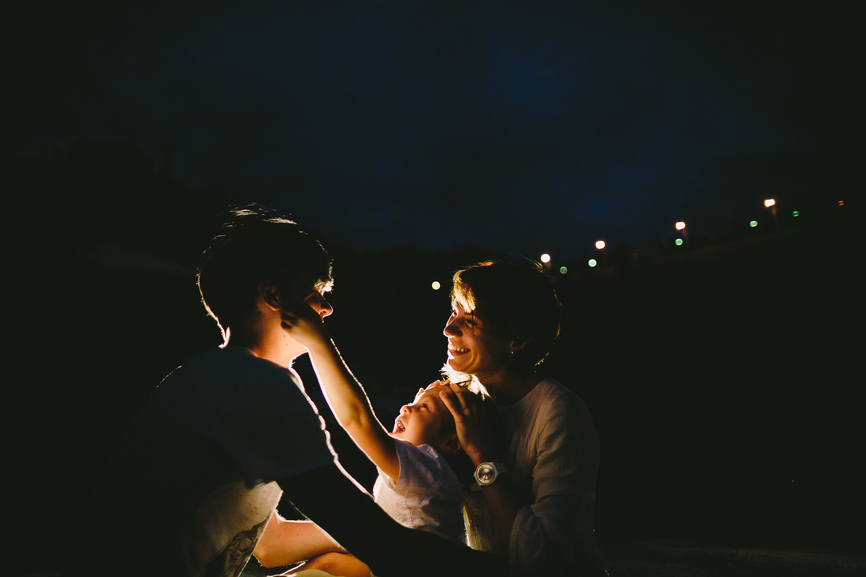 Lights Out! 6 Totally Fun Flashlight Games to Play After Dark 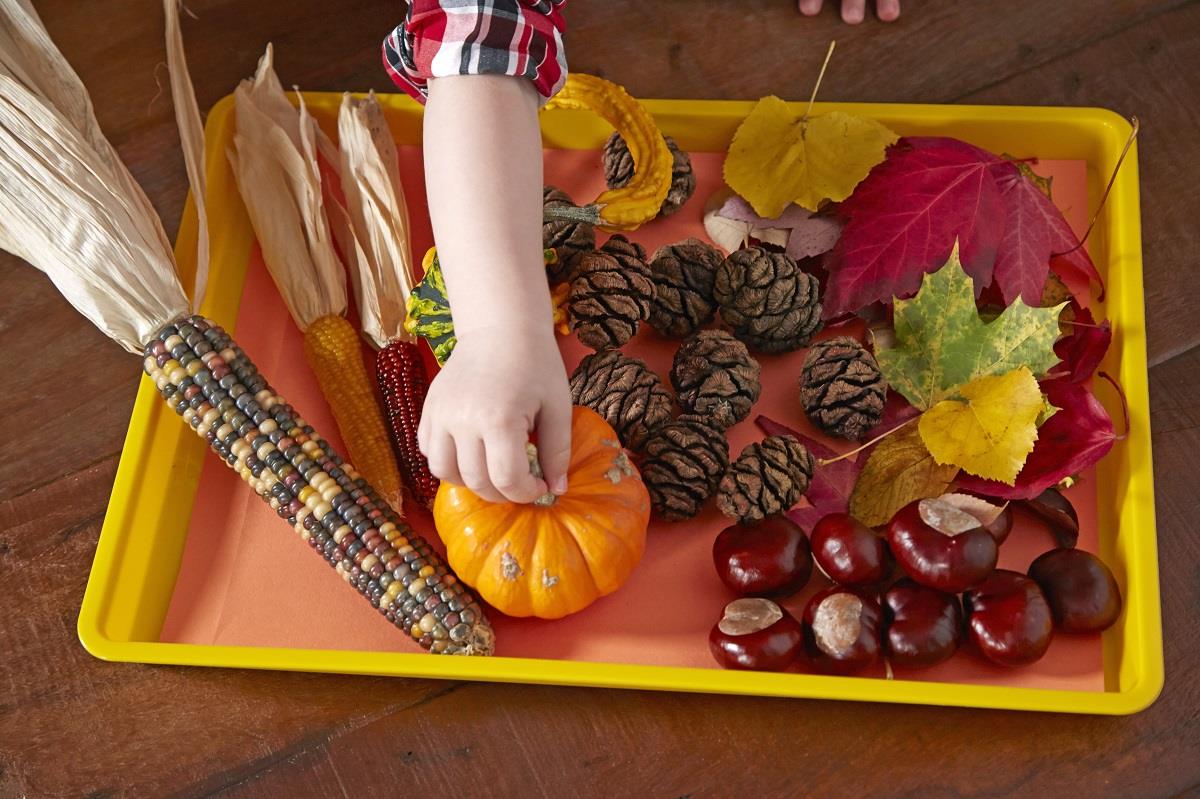 It's Gourd-geous! A Fall Centerpiece Made for Sensory Play