Welcome to our Barrett Parkway KinderCare, located in Marietta, Georgia! We’re conveniently located on the corner of Bells Ferry and Barrett Parkway. Our certified teachers implement a creative and interactive curriculum that will keep the curiosity of your early learner continually engaged. We build a warm, welcoming, and supportive classroom for children of all abilities, backgrounds, and experiences! 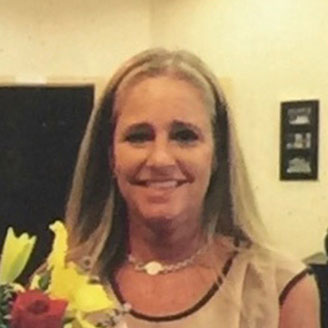 Favorite Children's Book: The Little Engine That Could

Meet Carla Bentley! She is the Center Director at Barrett Parkway KinderCare in Marietta, GA. Carla attended Morehead State University, where she earned a Child Development Associate certification. She has been with KinderCare since 1986 and has served in a wide range of positions. Every day, Carla looks forward to helping children learn and discover their true potential. “With will one can do anything.” – Samuel Smiles. Outside of work, Carla enjoys reading and traveling.

Welcome to kindergarten: the gateway to grade school and everything that comes next! Offered in select centers, our kindergarten programs have small class sizes and curriculums that mix learning and fun. The basic building blocks of reading, writing, math, and science are key in kindergarten, so we make sure they get lots of practice in all of these areas.

Kindergarten is a critical year for young learners. Experienced KinderCare teachers will tap into your child’s natural curiosity to help get them even more prepared for elementary school. Our engaging lessons make the most of current technology while offering plenty of hands-on play and exploration.

Spanish Adventures provides young learners with a foundation for later success with the Spanish language. Music, games, children's Spanish literature, and other tools give children multiple opportunities to hear, practice, and see Spanish language to develop vocabulary and conversation skills. Curriculum includes lessons on greetings, numbers, colors, animals, family, body parts, and pets, as well as how to engage conversationally during common scenarios at home, a restaurant, or at the zoo.

Do you offer part-time schedules at Barrett Parkway KinderCare?

How does naptime work at Barrett Parkway KinderCare?