Our center is accredited by the National Accreditation Commission.

Welcome to Torrey Pines KinderCare, located in Las Vegas, NV. We take pride in our excellent learning environment, and our teachers are excited to share their knowledge of learning with all of the children in their care. We build a warm, welcoming, and supportive classroom for children of all abilities, backgrounds, and experiences. It's our mission from the moment you walk into our center that you feel welcomed and a part of our KinderCare family! 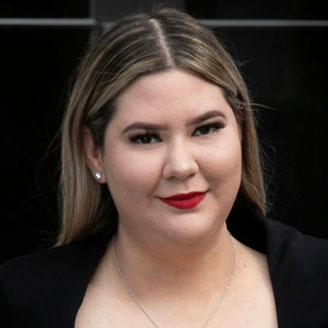 Meet Dina Parra! She is the Center Director at Torrey Pines KinderCare in Las Vegas, NV. Dina attended the University of Nevada, Reno where she earned her Child Development Associate credential. She joined KinderCare this year, and before that she was a director. Outside of work, Dina enjoys taking road trips, having spa days, and spending time with her family and friends. Her favorite quote is, "You have brains in your head. You have feet in your shoes. You can steer yourself any direction you choose. You’re on your own. And you know what you know. And YOU are the one who’ll decide where to go..." - Dr. Seuss

Do you offer part-time schedules at Torrey Pines KinderCare?

How does naptime work at Torrey Pines KinderCare?